Is the true sabbath Sunday, Saturday, or the Seventh day according to YHWH?

Yah Sanctified the seventh day
Please Do Your Own Research-Truth is Knowledge and Reading is Fundamental!!!
Videos on the Sabbath are located near the bottom of this page.

Thinking about the Sabbath

As a child I always wondered why we honored the Sabbath by going to church on Sunday's , the first day of the week, instead of the seventh day that Yah blessed and sanctified from the beginning of time.  I would constantly look at the calendar trying to figure out why Sunday was placed at the beginning of the week and not the end.  I could not even find in the Bible where Yah or the Messiah made Sunday the Sabbath.  But like most Christians, I ignored it and never asked any questions because the pastor is suppose to be a man of Yah and he is the one Yah is suppose to be talking to(This is way before I knew the depths of the deception of the modern Christian church).  Years later I came to believe that the  Sabbath is on Saturday but that is only partly true.  So the final dilema that I found myself in was finding out when is the true Sabbath;  Saturday, Sunday, or the seventh day and who  changed it.  I know many of you are probably wondering why I put Saturday and the seventh day as being different.  It is because of how Yah ordered the days and how man ordered the days, but I will get to that soon so continue reading. I have done much research on this topic and I will unveil the truth about the pagan Sunday Sabbath and Yah's blessed and sanctified day of rest-The Seventh Day Sabbath.

Please Do Your Own Research-Truth is Knowledge and Reading is Fundamental!!!  Watch the Video at the Bottom of this Page.

Who Ordained the Sunday Sabbath? 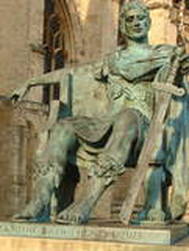 Emperor Constantine passed Sunday Law
In March of 321 A.D. Roman Emperor Constantine enacted the first Sunday Law. -
“On the venerable Day of the Sun let the magistrates and people residing in cities rest, and let all workshops be closed. In the country, however, persons engaged in agriculture may freely and lawfully continue their pursuits; because it often happens that another day is not so suitable for grain-sowing or for vine-planting; lest by neglecting the proper moment for such operations the bounty of heaven should be lost. (Given the 7th day of March, Crispus and Constantine being consuls each of them for the second time [A.D. 321].)” Source: Codex Justinianus, lib. 3, tit. 12, 3; trans. in Philip Schaff, History of the Christian Church, Vol.3 (5th ed.; New York: Scribner, 1902), p.380, note 1.
As an effort to re establish and unite an ailing Rome, Constantine converted to Christianity and began to intertwine pagan practices with Christian practices.  Even though Constantine converted to Christianity he still worshiped the sun.“The sun was universally celebrated as the invincible guide and protector of Constantine,”notes Edward Gibbon in Decline and Fall of the Roman Empire, ch. xx, par. 3.

“The retention of the old pagan name of dies Solis, or 'Sunday,' for the weekly Christian festival, is in great measure owing to the union of pagan and Christian sentiment with which the first day of the week was recommended by Constantine to his subjects, pagan and Christian alike, as the ‘venerable day of the Sun.’” Stanley's History of the Eastern Church, p. 184.

During these days the persecution of Jews and Christians was fierce and would be punished severely or even killed for honoring the seventh day Sabbath.  Many died but many out of fear of punishment and or death, adhered to the mandatory (SUN)day worship.  Christians also wanted to separate themselves from Judiaism and started to celebrate the Sabbath on Sunday.

But it was the Roman Catholic Church(the Pope) that placed Sunday law as Cannon Law XXIX(which cannot be disputed) in 364 A.D. at the Council of Laodicea.  Canon Law XXIX states: “Christians must not judaize by resting on the Sabbath, but must work on that day, rather honouring the Lord's Day; and, if they can, resting then as Christians. But if any shall be found to be judaizers, let them be anathema from Christ.” (Percival Translation).

No man,woman, child, angle, or devil has the power and authority to change YHWH's Sabbath day.  It seems the Pope and others sees things differently.
“The Pope is of great authority and power, that he is able to modify, declare, or interpret even divine laws. The Pope can modify divine law, since his power is not of man, but of God, and he acts as vicegerent of God upon earth...” — Lucius Ferraris, in “Prompta Bibliotheca Canonica, Juridica, Moralis, Theologica, Ascetica, Polemica, Rubristica, Historica”, Volume V, article on “Papa, Article II”, titled “Concerning the extent of Papal dignity, authority, or dominion and infallibility”, #30, published in Petit-Montrouge (Paris) by J. P. Migne, 1858 edition.

So there you have it, Yah nor His Son our Messiah changed the Sabbath to Sunday.  Man changed it.  So the question is--Do we follow our Creator or man?

“Perhaps the boldest thing, the most revolutionary change the Church ever did, happened in the first century. The holy day, the Sabbath, was changed from Saturday to Sunday. ‘The day of the Lord' was chosen, not from any direction noted in the Scriptures, but from the (Catholic) Church's sense of its own power…People who think that the Scriptures should be the sole authority, should logically become 7th Day Adventists, and keep Saturday holy.” — St. Catherine Church Sentinel, Algonac, Michigan, May 21, 1995.

We observe Sunday instead of Saturday because the Catholic Church, in the Council of Laodicea (A.D. 364), transferred the solemnity from Saturday to Sunday.” — Peter Geiermann, C.S.S.R., The Convert's Catechism of Catholic Doctrine, p. 50, 3rd edition, 1957.

Whether we like it or not, when we honor Sunday as the Sabbath, we are participating in sun worship.  I'm not saying that we should not worship Yah on Sunday but we should still keep the Sabbath that was ordained since the beginning of time.  We are not to worship the Creator the same way the pagan worship their idol gods.  We are to follow all of Yah's commandments not nine.  Is it still bad to place another god above Yah our Elohim---Yes.  Is it still bad to commit adultery---Yes.  Is it still bad to murder---Yes.  So are we suppose to remember the appropriate Sabbath and keep it holy---yes.  So why do we ignore it?  We do it because the pastor says it is okay.  We do it because it is what everybody else does. Did the Most High ordain the change--no.  Did Yahushua ordain the change--no.  Are we so blind that we cannot see that satan has deceived us into believing that Sunday is the Sabbath and have us worshiping the sun under the cover of worshiping Jesus(the mistranslated name of Yahushua) the SON of the Most High.

People do not be fooled by ministers and others who teaches that Yahushua abolished and or broke the Sabbath.  He still honored that day and so did His disciples even after His death, burial, and resurrection.  Read your word for yourself without the influence of ministers and you will truly see the error of remembering the Sabbath on Sunday.

Differences: Saturday and the Seventh Day

Many people think that the Saturday Sabbath is the same as the seventh day Sabbath.  That is a true statement if you are looking at our current Gregorian solar calendar.  Back in the biblical days they used a lunar-solar calendar and a day was from sunset to sunset , unlike today where a day is from midnight to midnight.  So this means that the ancient Hebrews day begun at sunset.  The true Sabbath day  begins Friday at sunset and ends Saturday at sunset (6 p.m. to 6 p.m.).

See the deception of satan.  Friday evening most people get off work,  party and self indulge all the way till early Sunday morning around 2-3 a.m. and then attend church service by 11 a.m.  Yah's Sabbath is not being used as a day of rest and worship it is being used as a day of self indulgence and other fruitless acts.  We are defiling Yah's sacred and holy day by doing our own will on the correct appointed day and honoring the Sabbath on a day where most ancient and some modern civilizations worshiped the sun.

The First Shabbath According to Scripture 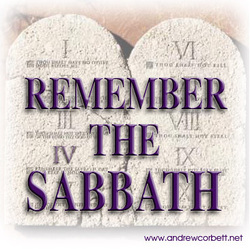 Shemoth(Exodus)20:8-11-Remember the Shabbath day, and to qodesh it. (v9)Six days shall you labour,and shall do all your work, (v10)But the seventh day is a Shabbath of YHWH(Yahuwah) your Elohim.  You do not do any work-you, nor your son, nor or daughter, nor or male servant, nor your servant, nor your cattle, nor your stranger who is within your gates. (v11) For in six days YHWH made the shamayim and earth, the sea and all that is in them, and rested the seventh day.  Therefore YHWH barak the Shabbath day and qadosh it.

1611 KJV-Remember the Sabbath day, to keepe it holy.(v9) Sixe dayes shalt thou labour, and doe all thy worke (v10) But the seuenth day is the Sabbath of the Lord thy God: in it thou shalt not doe any worke, thou, nor thy sonne, nor thy daughter, thy man seruant, nor thy mayd seruant, nor thy cattell, nor thy stranger that is within thy gates (v11) For in sixe dayes the Lord made heauen and earth, the sea, and all that in them is, and rested the seuenth day: wherefore the Lord blessed the Sabbath day, and hallowed it.

The truth of the matter is we were commanded to adhere to the 4th commandment! Again you must study to show thy self approved, because nowhere in the scripture does it say that the Sabbath was changed to the first day of the week. However people just follow the norm and don't know that they are actually honoring a false deity on that day. If people don't wake up to this, they are currently trying to implement Sunday as the new day of worship, and completely obliterate the seventh day of rest Yahuwah's day of rest.

(Nov.05 2012). Who Changed the Sabbath to Sunday?  The Ten Commandments.
http://www.the-ten-commandments.org/sabbathsundaychange.html

(Nov.09 2012).  Who Changed The Sabbath to Sunday?.  The Sabbath To Sunday Change.  http://www.sabbathtosundaychange.com/