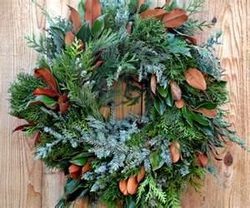 The holly, the Christmas wreath, the mistletoe, and the Yule log are all pagan relics. The “Holly”& the Christmas wreath also known as “Celastrales” are flowering plants, which originated from the European pagans. They would decorate buildings and sacred places of worship with boughs of holly during their feast. Encyclopedia Britannica states that they brought holly sprays into their homes, offering them to the fairy people of the forests as refuge from the harsh winter weather. The Romans during Saturnalia gave branches of holly to one another as tokens of friendship. Holly is considered to be a token of friendship and fertility! Holly is thought to be sacred to the sun god.

The mistletoe is another pagan custom that became a Christian practice. “Kissing under the mistletoe”! This tradition came about during the evenings of the festivities. At night is when the participants of this celebration would involve themselves in revelry during their drunken sex orgies. The Encyclopedia Britannica states “Santalales” the European mistletoe is said to have special ritual significance to the Druidical ceremonies. It is originated from the Anglo-Saxon times. Mistletoe is a parasite that lives on oak trees. The ancient Celtics used mistletoe as an herbal remedy to barren animals to make them fertile. Mistletoe is said to have special powers of healing and is still referred to as “all healer” in Celtic.

Yule means “wheel” which is a pagan representation of the sun god. The sun log was eventually called the Yule log. The Yule log was lighted with the remains of the previous year’s log. Fires and lights, symbols of warmth and lasting life was the thought behind this. Light was important in dispelling the growing darkness of the solstice. The festival participants gave themselves over to feasting, gift giving, drinking to drunkenness, and they partook in some unscrupulous sexual activities. These were all different aspects of the festival. Minister Cotton Mather described yuletide merrymaking as “an affront unto the grace of God”.